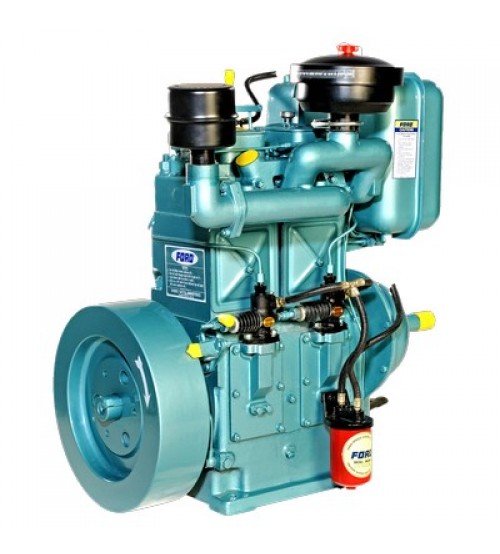 A diesel engine is an internal combustion engine, just like a gasoline engine, but the fuel is delivered differently. Fuel is injected directly into the cylinders and mixed with air in a diesel engine. Since the diesel injectors are located in the combustion area of ​​the machine, it is much more complex than the gasoline version.

The most significant advantages of diesel appliances are their high torque and excellent economic performance. The working process of diesel motor has many similarities with gasoline engines, and each working cycle also experiences four strokes of intake, compression, power, and exhaust.

What Makes Diesel Engines Most Suitable?

Diesel engines have a high compression ratio due to the freedom from deflagration and the need for spontaneous diesel combustion. The thermal efficiency and economy are better than those of the gasoline engine. At the same time, under the same power, the diesel appliances have ample torque and low speed at the maximum capacity, which is suitable for the use of trucks and heavy load vehicles.

Due to the above characteristics, diesel motors are generally used in large and medium-sized trucks. Traditionally, cars seldom favor diesel apparatus due to their heavyweight vehicles, lower power per liter index than gasoline engines (lower speed), higher noise and vibration, and severe soot and particulate emissions.

Especially with the new development of small high-speed diesel appliances, several advanced technologies, such as electronically controlled direct injection, common rail, turbocharging, inter-cooling, and other technologies, have been applied to the small diesel motor, so the shortcomings of the original diesel combustion engine have been improved.

It is a better solution, and the advantages of diesel apparatus in terms of energy-saving and CO2 emissions cannot be replaced by all heat engines, including gasoline engines, and become “green engines.”

Use Of Compression-Ignition Engines In Various Industries

Diesel engines are widely used and occupy a relatively core position in the industry chain to which they belong.

The global agricultural ignition engine market has shown rapid growth. Regarding aero-engine, the engine industry is the core sub-industry of the aviation industry, and the future development prospects are extensive. Based on the above analysis of various fields, we believe that the Ignition Engines will maintain a steady development rate.